A great weekend for Hero and I to work together and bond!

As a combat Veteran, I rely on my dog for strength, peace of mind, confidence and companionship. 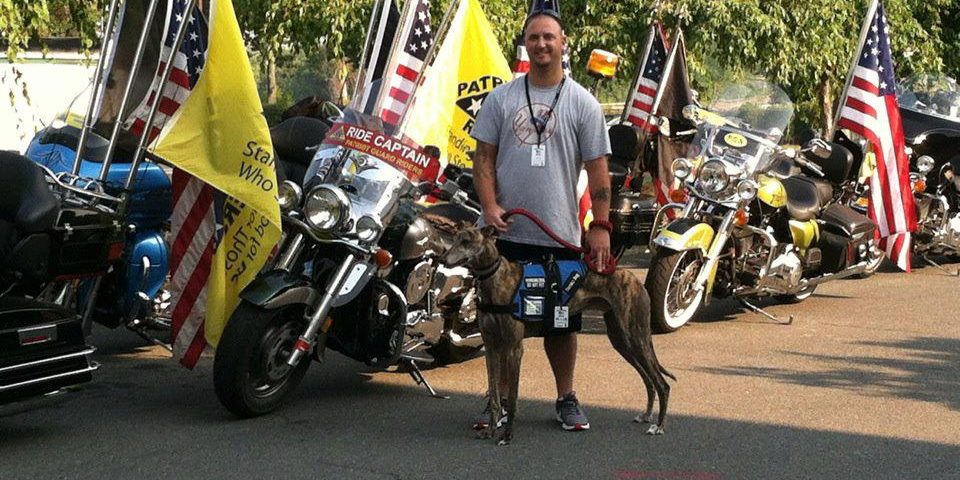 This past weekend Hero was 1 of 4 Service Dogs on a retreat for Veterans. He was the only one with a certified SD badge. ( which I know is not mandatory). 1 SD was very good used for mobility. One I can tell was pretty old and was told he was in the family some time before becoming a SD. The last one was a blood hound mix. This dog was completely out of control.

My first encounter was in an elevator and he started howling and barking at Hero.. I couldn’t take it and got off not even on our floor and took the stairs.. We then went to a park where 2 handlers were letting other people walk and hold their dogs. I’ve seen the one blood hound begging for food, barking the whole time at people and the other dogs. I also saw his handler feed him from the table a hot dog.

I was in shock!! Not only me but a lot of people on the retreat were making comments about this particular dog.. I was approached by one of the people running the retreat and I was told that Hero was one of the best behaved and that Hero and I are disciplined on how we are in public. I am all for Vets getting SDs but there should definitely be a standard on how they behave!!

Daniel you have done an amazing job and I was proud to have Hero with me so behaved and doing his tasks of creating space between me and other people and standing behind me watching my back. He did great, also lead me through a crowd at a faster pace. I think he sensed the anxiety! A great weekend for Hero and I to work together and bond!